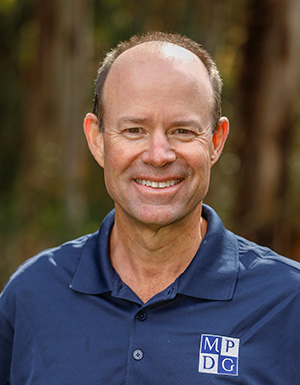 Dr. Falkel received his Bachelor's degree in 1984 from the University of Albany in New York, and his Dental degree in 1987 from the University of the Pacific. He completed a general practice residency at Wadsworth Veterans Administration Hospital in 1988. During 1988 and 1989, he was an associate in a general practice in Salinas. In 1989, he became a partner in the Monterey Peninsula Dental Group. Dr. Falkel is married, with two daughters, and he and his family enjoy golf, snow skiing and traveling. Dr. Falkel is a member of the American Dental Association, the California Dental Association and the Monterey Bay Dental Society.

See what our happy patients are saying:

Dr. Corriveau and his staff are great! They are always professional and caring, and are very nice about fitting me in promptly for emergencies. I have been their patient for over 12 years and would recommend them to anyone.

Dr. Ikemiya and his wonderful staff are first rate! My experiences here could not have been better.

It's so nice to be back in Carmel Valley after a five year absence and back to MPDG and the excellent care of Dr. Falkel. It is always a professional, caring experience.